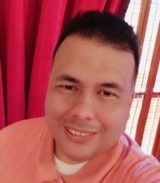 This list of categories is built on the „Dewey Decimal System“ system. Thus, it is possible to easily bind additional categories.

996 Polynesia and other Pacific Ocean islands

Merrie Monarch Festival: Celebrate the 55th Anniversary for the Merrie Monarch Festival, the international hula competition of the world. When I returned home to the Hawaiian Islands in 2010, I planned on being at the Edith Kanakaole Multipurpose Stadium at Hilo, Hawaii island for that golden week. However, as life goes, I found myself in Switzerland watching the livestream on KFVE. Because of the 12-hour time difference, I watched the group hula kahiko performances early on Saturday morning, which normally begins airing on Friday night. Staying connected to the Hawaiian Islands is a matter of choice, just as having any wonderful experience repeated with frequent visits.

My first exposure to hula was after my family relocated to Waianae, Oahu, where I attended Maili Elementary School. Throughout the Hawaiian Islands, the Public education system instructs students in arts of hula by a kumu hula (source of knowledge for hula) to prepare for May Day, which has been repackaged as Lei Day at the Hawaiian Islands. Having spent my early elementary school years at San Rafael, California doing a sloppy May Day (add to check list: What is May Day?) dance, I developed a perspective and an appreciation for learning hula.

Because I was given exact movements for hands and footwork, I was able to practice to my heart’s content within the privacy of my backyard. I do not remember the hula I learned for grades, 4-6, but my third grade hula remains in my bones, or at least the loi cultivating, poi scooping and eating parts. Thus, my favorite hula is from the pre-missionary contact–kahiko or traditional hula.

After Captain James Cook’s crew landed on Hawaiian islands, the missionaries were not far behind. The missionaries being devout Christians abolished hula performances throughout the Hawaiian Kingdom, call the traditional performances an „abomination.“ Not until King David Kalakaua’s time, the penultimate reigning Merrie Monarch, was hula revived to perpetuate Hawaiian culture. Mahalo nui to the Merrie Monarch!

UPDATE: Hula of the Merrie Monarch Festival is the highest level of performance that the competition is considered the „Olympics“ for Hawaiians and Hawaiians-at-heart. Watch the livestream (Hawaiian Standard Time).