The Aloha Tower is part of the cityscape of Honolulu, like the Eiffel Tower of Paris. These

structures have incredible power and fuse the memories and stories of their visitors. If you see them later on a photo, let alone hear the name of this building, all the memories and their experiences come to mind as if they were only yesterday.

For me, too, the Aloha Tower has written and left a special and life-changing story. Every time I see this striking building in a photo, my mind and thoughts are suddenly in Hawaii. My body even feels the warmth and feels the light wind from the Pacific as well as the smell rise in my memory. The humorous story with the Aloha Tower is more than just burned into me.

My story goes back to the winter of 2012, when I stopped over in San Francisco to meet my friends again after a long time. My long-time great Navajo friend and I talked about my future travel destinations and plans over a delicious dinner in Chinatown. When she found out that I was going to Hawaii for a long time, she informed me that she had a very good friend there. The next day she handed me a slip of paper with the name and phone number of her friend in Hawaii and told me that she had informed her about me in advance. I should just call.

Landed in Honolulu in the evening and moved into my hotel at the hotel at the end of Waikiki Beach at Diamond Head, I made my plans for the coming morning, including calling the phone number I received early in the morning. – Yes, it wasn’t that easy to call this number, I deliberately leave out the details of my telephone experience. (Big laugh)

Anyway, after a while we were able to talk on the phone and agreed to meet at 11.00 a.m. at the end of Bishop Street at the Aloha Tower the next day. At that time I didn’t know much about the Hawaiian mentality and delays in transport, so I waited for over an hour in the blazing midday sun at the intersection. When she finally arrived with a huge smile and I saw her, I forgot all of the previous and the heat. It was a special woman who came straight to me. We greeted each other somewhat helplessly, walked to Pier 9 at the Aloha Tower and went over to Pier 10 to a restaurant, where we could watch the ships entering. We had great, humorous, laughing conversations and got along absolutely well from the start. Yes – two years later she became my wife. Yes, such memories of the Aloha Tower remain.

When King Kamehameha made Honolulu the capital of the Kingdom of Hawaii in 1850, the commercial port of Honolulu assumed a dominant economic role in Hawaii.

The harbor itself has a depressing Hawaiian history, which I will report on at a later date.

With this proclamation by the king, this port not only flourished in the trade in sandalwood, whaling, sugar or other goods, but from 1880 the first tourists regularly came to the paradisiacal islands by steamboat from San Francisco. The former captain Matson, who sailed the route San Francisco – Hilo with the three masted schooner „Emma Claudina“ with plantation requirements there and back with sugar and fruit, expanded his offer in 1882 to include trips for paying guests. In 1887 Matson recognized the financially strong tourist gold mine, sold his „Emma Claudina“ and invested in the first luxury ships that ran on oil instead of coal and had the first electric light on board.

When in 1888 King Kalakaua also published the magazine „Paradise of the Pacific“ to make Hawaii known to the world, there was a tourist rush. Matson introduced weekly shipping between the United States and Hawaii from 1917. Hawaii was really inundated with curious, money-spending tourists for the first time. Every time the ship arrives or departs, the so-called „Boats Day“, hundreds of Hawaiians came to the pier and sold their lei to the tourists. The „Hawwaiian Royal Band“ also played to greet them or to say goodbye. As you saw the tourists come and go, you noticed that this important port needed an imposing, iconic structure, building to leave the traveling guests a lasting impression of Hawaii and the aloha spirit.

In order to achieve this goal, the decision was made to build a large tower designed by the architect Arthur Reynolds, the “Aloha Tower”. This 56.14 meter high tower with 10 floors with a mix of Art Deco and late Gothic architectural style, which stands at Pier 9 of the port of Honolulu, was built by CW Winstedt and the National Construction Co.

It is a slender, square, concrete-reinforced tower covered by a convex rounded pyramidal dome. One of its features are the two large clocks, one on the Makai and the other on the Mauka side. With a diameter of 3.7 meters and a weight of 7 tons of bronze, these clocks were for a long time the largest clocks in Hawaii and even on the mainland of the USA. The clocks were designed by E. Howard Clock Co. of Boston. Above the clocks comes the second feature, namely a viewing terrace with the inset “Aloha” on all four sides of the tower. The tower owes its name „Aloha Tower“ to this lettering. At the top of the tower is a 12 meter high mast with a cross arm. Signal flags on the cross arm were used to transmit messages to the incoming ships. Overall, the Aloha Tower with two elevators has a height of 68.34 meters. The construction of the tower began in 1924 until it was completed and opened on September 11, 1926. The construction costs at that time totaled $ 190,000.

At the time, it was the tallest building in Hawaii and the United States. It only lost first place two years later with the Chrysler Building, which was built in New York City in 1928.

The tower experienced a critical time during the Pearl Habor attack on December 7, 1941. In order to prevent this well-known tower from falling victim to Japanese fighter pilots, it was painted with camouflage paint by the US Coast Guard. In 1947 the tower was restored to its white color and handed over to the city of Honolulu by the military.

When air traffic to Honolulu started in 1950, the Aloha Tower never lost its elegance and fame to its passengers.

Looking inland from the harbor, downtown Honolulu continues to grow with its mighty skyscrapers, which dwarfs the Aloha Tower, but its historical significance remains intact. Despite the illusion of its shrinking size, the tower is known worldwide as the highlight and landmark of the Honolulu skyline, like the New York Statue of Liberty.

The following buildings have now trumped the tower:

The Aloha Tower was placed on May 13, 1976 under the preservation order in the National Register of Historic Places and included.

The first renovation of the famous Aloha Tower did not take place until 1999.

Today, many shops, stalls, restaurants and cafes have accumulated adjacent to the tower.

Arthur Reynolds (Jan 16, 1863 – Aug 8, 1925) had a longstanding relationship with Hawaii. Born in England, he came to the islands from Chicago via San Francisco in the fall of 1891. He immediately entered into a partnership with Clinton Briggs Ripley that lasted until 1895 when Reynolds went on a world tour. In 1907 he resumed his partnership with Ripley in Oakland. In 1910 the two returned to Hawaii and designed buildings in various historical styles, including the Spanish Mission Revival Central YMCA (1912; demolished) and the Hawaii Hall at the University of Hawaii (1912; demolished). Reynolds left the islands again in 1912 and returned in 1919. The Aloha Tower is its most famous building. He didn’t see it locked after he died of a stroke in August 1925. 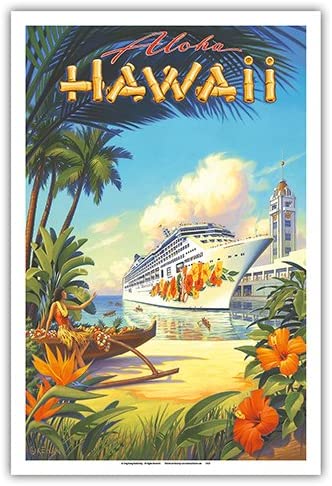 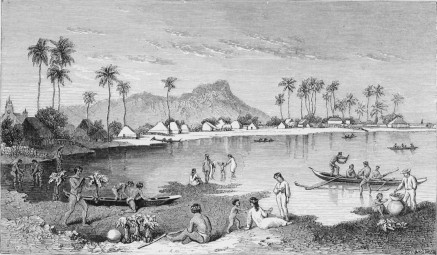 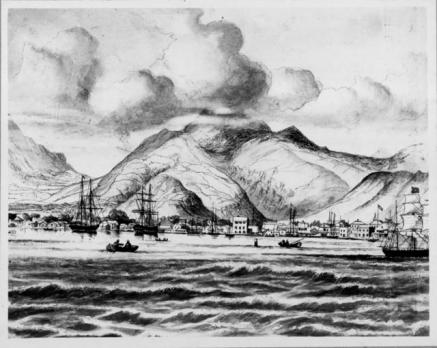 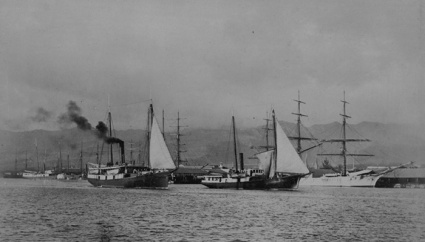 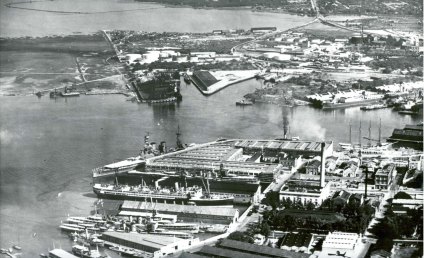 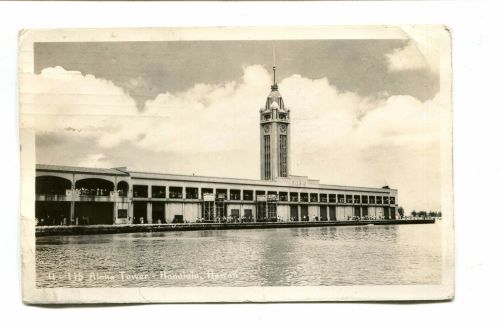 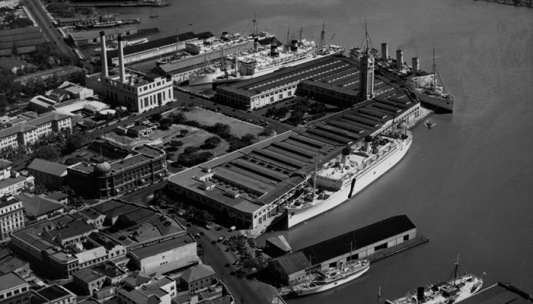 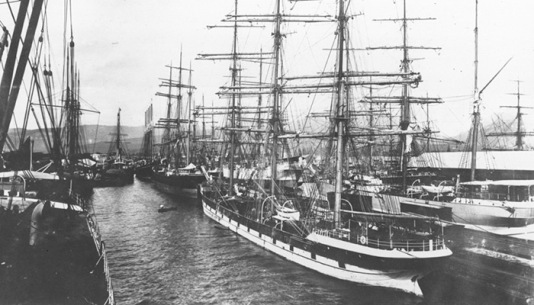 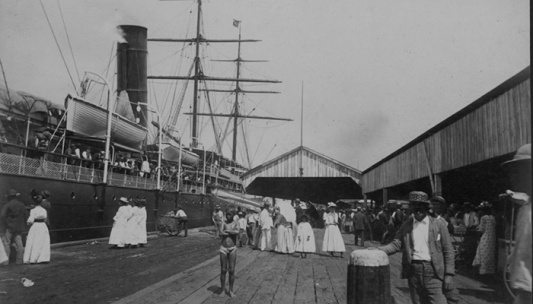 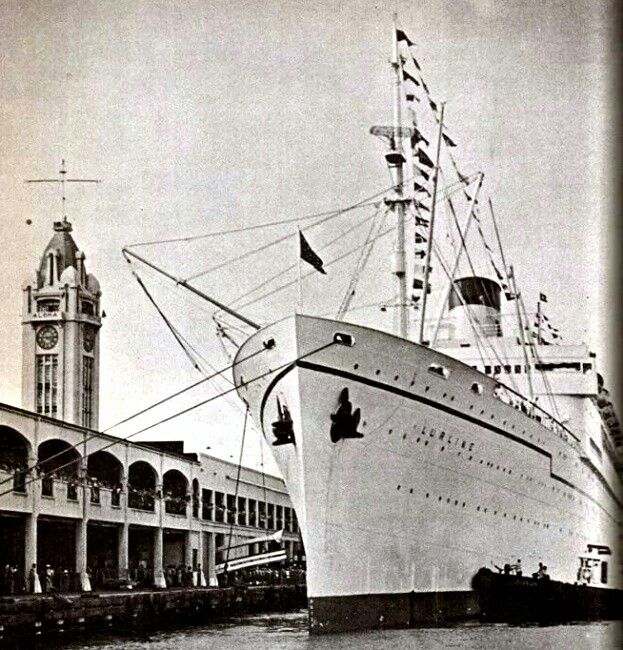 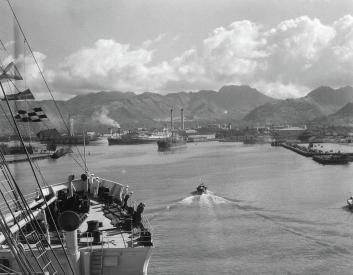 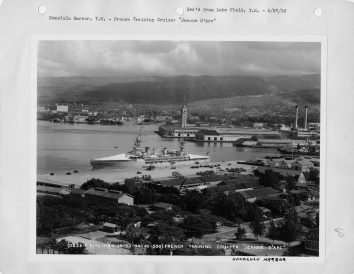 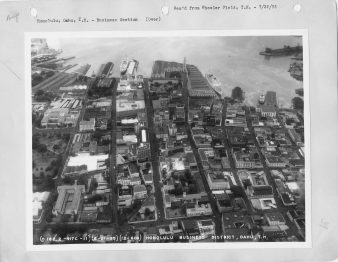