We are traveling three months through the Hawaiian Islands and have not yet come into contact with Niklaus Schweizer. Our quiet island life in the great Pacific is slowly coming to an end and our hectic world will soon be back. One of my last great wishes, even before my departure, is to learn the story of Hawai’i from the Swiss language and history expert who lives in Hawai’i.

With our friend, the Minister of Foreign Affairs Leon Siu, we were in the company of the 181 year anniversary of the „Overthrown of Hawai’i“ at the Iolani Palace. At this celebration, Leon Siu took the time to introduce us to several well-known personalities such as the conductor of the „Royal Hawai’ian Music Band“, various Kupunas and bosses, as well as people of the royal family. I have to say what interesting people are with their short stories in our announcement. Also Leon Siu presented us in tropical heat, without shadow, us Niklaus Schweizer, who held the speech for the party only a short time ago, in front of the stairs of the palace.

When I offered my hand to him and wanted to give my name again, he already answered with an outraged laugh that we were the ones who wanted to interview him. Without asking a question from us, he grabs his left inner suit pocket and brings his slightly wavy agenda out to the blazing sun. Briefly he leafed through the months in it and stopped this week. Without much study, he gave us a meeting tomorrow afternoon at 3.00pm. It is touching to stand in front of the person, with an interview in hand, which one knew as a child in the news of the black and white television as a Swiss general consular ago.
Early in the morning of January 19th, 2018, the sun shines over the crater rim of Diamond Head into our hotel room. With the rushing ocean as background music on my „buzzing“, I control the Accus, which I had loaded through the night, before our second to last spin with Niklaus Schweizer at the University of Honolul Manoa.

2. History about the University

Trunk on, film equipment in and the cover to pop again. Get in, safety belts on and start the car. Here we go. Walk under the trees of Kapi ‚olani Park to the intersection of Kapahulu Ave., turn right and drive along the avenue between the golf course and the shops towards Highway H1. Take care there and drive down, keep left and drive towards Manoa Valley. At the third traffic light turn right and immediately left again at the next possibility. In the middle of the street, on the driving direction separation mäuerchen appears a stately Mamorsäule with big inscription:

„UNIVERSITY OF HAWAI’I AT MANOA“.

Hawai’i Kingdom was way ahead of its time in Europe as it was in Europe or the US. The king and the country should be proud of the idea that a Hawaiian university was keeping its head next to all the other universities in the world. The curriculum would of course include the faculties of law, medicine and divinity. „
A kingdom without a university looks like an anomaly.
The University of Hawai’i in Mānoa was founded in 1907 under the Morrill Act as Land Grant College of Agriculture and Mechanics.

Regular classes began the following year with President John Gilmore at the helm and five newcomers, five preparatory students and 13 faculty in temporary quarters near Honolulu Thomas Square. In 1912, the newly designated College of Hawai’i moved to the Mānoa Valley and the first permanent building – now called Hawai’i Hall – was built between pork farms and Kiawe groves.
The University of Hawai’i in Mānoa, Honolulu has the largest library of Hawai’ian Island housed in two buildings, the Hamilton Library and Sinclair Library. Hamilton Library, has an area of ​​28,267.1 m2 which focuses on collections in the humanities, social sciences, science and technology, with an emphasis on collections for Asia, Hawaii and the Pacific; Archives, manuscripts and other special collections. In the 8’800 m2 Sinclair Library you will find the music collection, the course reserve reading service, the Wong Audiovisual Center and older bound magazines. The collections include 3,102,696 volumes, 2,353,143 microfilm units, 1,808 m of manuscripts and archives, 63,942 audiovisual elements, 15,752 maps and aerial photographs, and approximately 70,751 current series / journal titles in paper, microform and / or electronic format.

Justin Smith Morrill (April 14, 1810 – December 28, 1898) was a Representative (1855–1867) and a Senator (1867–1898) from Vermont, most widely remembered today for the Morrill Land-Grant Colleges Act that established federal funding for many of the nation’s colleges and universities. (This summary was created using Commons SumItUp) Library of Congress description: „Hon. J. S. Morrill“ 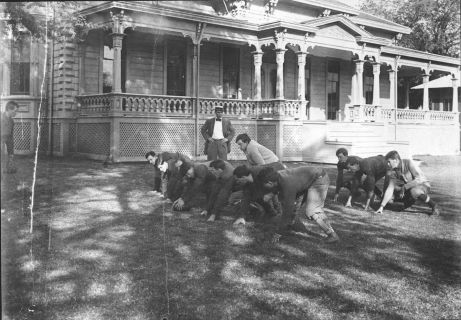 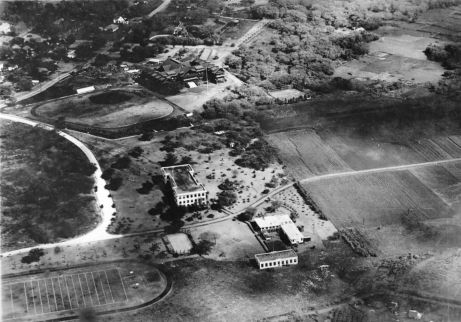 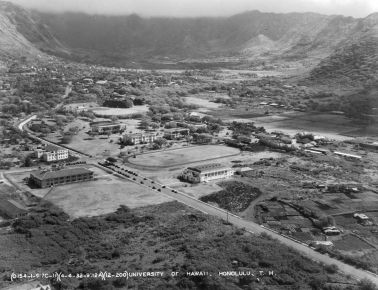 Aerial photograph above Waʻahila Ridge, approximate date 1944. Note shadow of airplane in the lower right hand corner and edge of wing along the right margin (University Archives Photograph OURD 232B) 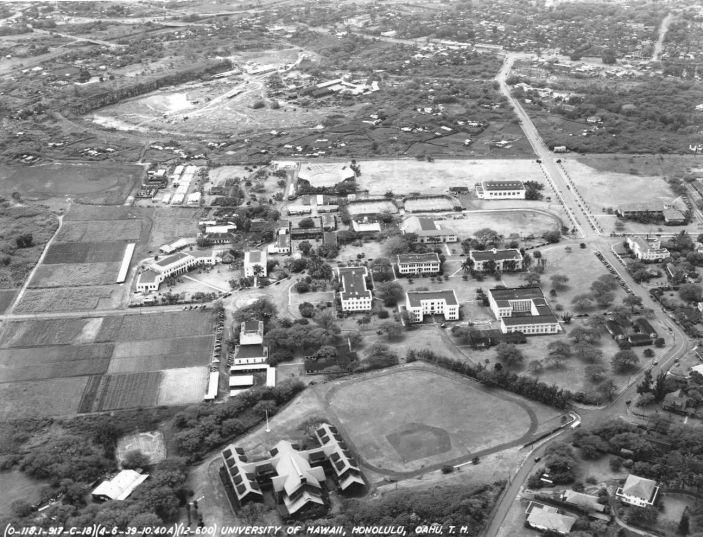 Aerial photograph above Waʻahila Ridge, approximate date 1944. Note shadow of airplane in the lower right hand corner and edge of wing along the right margin (University Archives Photograph OURD 232B)

Aerial photograph, c 1955, showing development in the quarry was still limited: baseball diamond and tennis courts. The gymnasium just beyond Sinclair Library is still in use. (University Archives Photograph OURD 248) 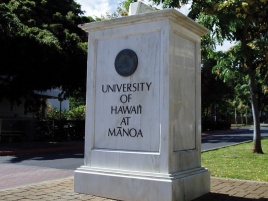 Campus of University of Hawai’i at Manoa

3. Who is Niklaus Schweizer?

Niklaus Rudolf Schweizer, son of Rudolf Alexander Schweizer and Hedwig Louise Ulrich, was born on August 21, 1939 in Zurich. In 1964, Niklaus R. Schweizer completed his bachelor’s degree in art. He then went to the University of California and in 1968 his title on „Doctor of Philosophy“. He then traveled to Hawai’i where he has been teaching German since 1969 at the University of Hawai’i in Manoa. He specialized in European influence in the Pacific. Niklaus Schweizer, a professor at the University of Hawai’i, was appointed in 1973 in Hawai’i the man of honor in Switzerland. Not only was General Konsular of Switzerland and professor of the German language, he was and is also an active writer. He is the author of the following books:

He is also chairman of the Friends of the Royal Hawaiian Band and member of the board of Moanalua Gardens Foundation and the ‚Ahahui Ka’iulani. Furthermore, Niklaus R. Schweizer is also an honorary member of the Royal Order of Kamehameha.

Lorenz was born on July 23, 1973 in Dresden, Germany and taught at the Gymnasium of Tübingen. Later, in 2003, he studied anthropology, history and political science at the University of Tübingen. In 2008, he moved to the University of Hawai’i Manoa, where he assisted Professor Niklaus Schweizer. He completes his education and his degree deep in the South Seas, among others in Tonga. Lorenz Gonschor is also a book author.

From the parking lot we walk on the huge university campus under shady trees between dormitories and teaching houses to the meeting point. Where will our interview take place? We had to ask for the way and building of Niklaus Schweizer. Shortly afterwards we met him too. Humorous and with joy, he greeted us in what he also told us that he had a reinforcement. He introduced us to Lorenz Gonschor and led us together to a small room where he explained that this was his study. The expression „workroom“ for these more than books and magazines crowded, no …, to overflowed chamber is simply an „exaggeration.“

The books are stacked and set up in every situation. I have not found any free space in the bookshelves, let alone on the tables. I think there were tables there, I did not see them under the weight of the books. I also wondered, how do we bring in four chairs here for the first? Also, the camera with her tripod should somehow find a place with a certain distance to the receiving object, a place. I only know that there is no Oscar mature, beautiful pictures, when the lens sits directly in the face of the interlocutor. We have to have a distance. So my wife Shana sits between the door frame of the chamber and the stairwell. I get stuck between the bookshelf and the camera. My thought was only: „Do not move!“, So I do not throw down the bookshelf during the recording or overturn the camera.

For more than 60 minutes, we were not only trapped in the narrow space, no, we were also captured by the high-profile story of Niklaus Schweizer and Lorenz Gonschor.

The following topics were discussed in the interview:

The Kingdom of Hawai’i

The clock of annexation begins to tick

Switzerland and Hawai’i – the two paradises on earth