In this month’s From the Vault, we look back at John King’s 2008 Ukulele Yes! article, shedding light on some of the early history of the ‚ukulele and its predecessors in late-nineteenth century Hawaii.

from the vault Aug 24, 2021
In a 1922 article published in Paradise of the Pacific, João Fernandes (1854-1923) was given credit for having been the first person to play the ‚ukulele in Hawaii and, by extension, for being the father of the global ‚ukulele phenomenon. Having ridden the crest of the Hawaiian music craze across North America in the late 1910s, the uke washed up on the shores of post-war Europe, poised to be reinvented on both continents as an instrument of the Jazz Age.

“Hawaii’s first ‚ukulele player, somewhat bent under the weight of many years but a lively fellow for a’ that, taps bits of tin all day in a gloomy room high above Honolulu’s downtown streets.“ Paradise of the Pacific

Fernandes was born on the Island of Madeira in 1854; he sailed, a young man of 25, on the british ship Ravenscrag in 1879 and arrived in Honolulu after a voyage of four months and 22 days by the Cape Horn route.

The British ship, the Ravenscrag sometimes spelled “Ravenscraig”, arrived from Madeira to the port of Honolulu on Saturday, August 23, 1879. She brought a total of 423 souls – 135 men, 115 women, and 178 children to Hawai’i. On board this ship a musical instrument known in Madeira as the braguinha, better known as the ‘ukulele’ was brought to Hawai’i. On that day Hawai’i had its first taste of ‚ukulele music.

Borrowing an instrument “with scale marks all the way down to the hole and with the top left unpolished to improve the tone,” João Fernandes strummed away “to his heart’s content … and in almost less time than it would take to tell he had completely captivated the music-hungry Hawaiians.” Two weeks after their disembarkation, the Hawaiian Gazette noted that “a band of Portuguese musicians, composed of Madeira Islanders recently arrived here, have been delighting the people with nightly street concerts. The musicians are true performers on their strange instruments, which are a kind of cross between a guitar and banjo, but which produce very sweet music in the hands of the Portuguese minstrels.“

The interviewer observed that João “knew his ‚ukulele thoroughly. While in his native land, he had successively mastered the taro patch fiddle (a five-stringed instrument), the guitar and ukulele. ‘First I learn the taro patch,’ explains the old man. ‘I study it fifteen days. That cost me fifteen cents in my country. Then I learn the guitar. I study that a year. So when I start the ‚ukulele, I know much about it already. I take only a few lessons to learn, for my fingers know by playing other instruments.’

“In Portugal, they call ‚ukulele ‘cavaquinhos’—that means ‘small piece of wood.’ They call him ‘machete de braga’ or ‘braginho’ in Madeira. But when the kanakas hear him they call him ‘ukulele’—‘jumping flea.’ – João Fernandes

Taro patch fiddle, or taropatch, was the Hawaiian name for the Madeiran rajão, a small guitar with five strings of metal (1 & 4) and gut (2, 3, & 5) tuned re-entrantly, DGCEA, and used primarily to accompany the voice or in ensemble with machete de braga, guitar, and ‚cello.

The only surviving didactic work for the instrument is a small book of chords in diagram form that surfaced at Funchal (Madeira’s capitol city) in the 1930s. To confuse matters, the Hawaiians also called the four-string machete de braga a taro patch fiddle. Accounts from the last quarter of the nineteenth century typically make no distinction between the two instruments, calling them both taropatches while sometimes noting the number of strings.

The machete de braga or simply machete, was a smaller instrument than the rajão with four gut strings, tuned DGBD. In Madeira, the machete lived two lives, one as a strummed instrument used by the peasantry for accompanying popular songs and dances out-of-doors, and the other as an aristocratic melody instrument played by professionals or talented amateurs in the ballrooms and salons of Funchal, where its bright timbre was easily heard over the relatively low frequencies of the guitar, rajão and ’cello. Machetes were advertised for sale in Honolulu as early as 1885, soon after the Madeirans from the Ravenscrag fulfilled their three-year contracts with the sugar industry and began returning to Honolulu from plantations on Kauai, Maui and the Big Island of Hawaii. 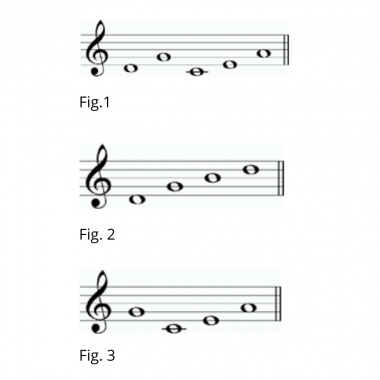 Sometime prior to 1894, musicians in Hawaii forsook the traditional machete tuning, adopting the re-entrant tuning of the first four strings of the rajão instead. The reason for this is unclear, but when Edward Holstein published his primer “Chords of the Taro-Patch Guitar” at Honolulu in 1894 the change was already a fait accompli.

„The taro-patch guitar and ‚ukulele. These musical instruments are very popular amongst the natives of the Hawaiian Islands and almost all of their homes contain one or more of them, which they use on all occasions for singing and dancing. These instruments are made of the celebrated Hawaiian wood, named Koa, and are susceptible of a very high degree of Polish. The Ukulele Guitar is smaller than the Taro-Patch Guitar and has but four strings, the tuning of which is the same as the Taro-Patch deprived of the fifth string.“ E. C. Holstein [Fig. 3].

Enter João Fernandes. “We would go to the king’s bungalow,” he explained. “The king wouldn’t stay in the palace—just when there was business. Lots of people came. Plenty kanakas. Much music, much hula, much kaukau, much drink. All the time plenty drink. And King Kalakaua, he pay for all!” But Kalakaua went far beyond just being the life of the party. He contributed materially to the cultural restoration of the kanaka maoli through his publications on Hawaiian mythology, his musical compositions and patronage of organizations and individuals, like the Royal Hawaiian Band and instrument maker Augusto Dias (1842-1915).

“Trained in music from an early age, [King Kalakaua] encouraged his subjects to participate in their once suppressed and vanishing culture, ultimately preserving great shards of it for future generations of Hawaiians.

According to Dias’ daughter, Christina, the king would visit her father’s loja or shop which was just a block away from ‘Iolani Palace on King St. Since Kalakaua spoke no Portuguese and Dias spoke no English or Hawaiian, Christina would translate for the two men as they discussed instrument making.

During his coronation in 1883, Kalakaua introduced a new form of the hula, christened hula ku‘i. Nathaniel Emerson (1839-1915) described the dance as “perhaps the most democratic of hulas, and given the demand for some pleasing dance combining grace with dexterity, a shake of the foot, a twist of the body, a wave of the hands, the hula ku‘i filled the bill to perfection. The very fact that it belonged by name to the genus hula, giving it, as it were, the smack of forbidden fruit, only added to its attractiveness. From the date of its introduction it sprang at once into public favour.”

Emerson also observed that “the instruments generally used in the musical accompaniment of the hula ku‘i are the guitar, the ‚ukulele, the taro-patch fiddle, or the mandolin; or a combination of these may be used.”

Kalakaua also employed a quintet of singers, known simply as the King’s Singing Boys. Robert Louis Stevenson’s step-daughter, Isobel Strong (1858-1953), who lived in Hawaii in the 1880s and was a frequent guest at ‘Iolani Palace, remembered the Singing Boys as “that little group that played for him [Kalakaua] at our suppers and private parties. There were five of them, the best singers and performers on the ‚ukulele and guitar in the whole Islands.”

The group remained closely identified with Kalakaua, even after his death and the overthrow of Queen Liliuokalani (1838-1917)—and the subsequent abolition of the Hawaiian monarchy. In 1893, following the revolution, a visiting journalist wrote a report on a musical performance that ended with “a number given by a native quintette known as King Kalakaua’s Singing Boys. Their contribution was a song in Hawaiian, written for the occasion, in which the missionaries and Provisional Government were soundly rated.”

“My wife no like the ‚ukulele,” confessed Fernandes sadly. “She stay home, she want me stay home too. I go out all night, make her very angry. Much pilikia. So—well, by’m bye I put ‚ukulele in trunk and forget him. Ukulele pau for me.“

In the end, it was small groups of performers like the King’s Singing Boys that popularized Hawaiian music and the ‚ukulele on the Mainland. In a countless series of engagements spanning two decades—beginning with the Volcano Singers at the World’s Columbian Exposition at Chicago in 1893 and ending with Henry Kailimai’s quintet at the Panama Pacific International Exposition in San Francisco in 1915—Hawaiian musicians performed for millions of Americans on both coasts leading inevitably to the Hawaiian music craze of the late 1910s. When João Fernandes agreed to be interviewed in 1922 the ‚ukulele was world famous but not without its detractors.

Fernandes died in 1923, less than a year after his interview with Paradise of the Pacific. He was buried alongside his wife at Makiki Cemetery on the slopes of Punchbowl Crater beneath a marker that bears but a single word: “Father.”

Author, historian, and performer John King taught classical guitar at Eckerd College in St. Petersburg, FL. He released several acclaimed ‚ukulele recordings: John King Plays Bach and Royal Hawaiian Music. „No one knew or loved the ukulele like John King. His understanding of the instrument was immense and he shared his knowledge generously.“ -James Hill