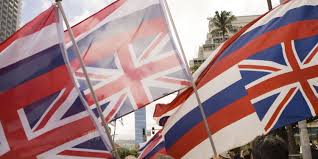 This is a re-post on another page, (Aha Aloha Aina). I am re-posting believing it important to be shared here as well.

A woman writes, “Why would you choose federal recognition when you can have a free Hawaiian Kingdom with reparations for the illegal occupation?”

1st, she presents the question as either one or the other, i.e. one automatically eliminates the other! Federal Recognition OR Independence. I challenge that limited view of the fight for Hawaiian Sovereignty. As a Hawaiian National, I will not limit my fight for Hawaiian Sovereignty by sticking my head in the sand and pretend that there is no other reality. As I stand in the U.S. Courts and challenge the jurisdiction of the courts over myself or my clients, I also prepare to use the laws of the United States, of Hawaii, of the applicable rules of court, of the U.S. & Hawaii Constitutions, the Ordinance of the various counties, etc. in defense of my clients. I will also use international laws and principles to assert such defense. The fact that I declare myself a Hawaiian national in no way foreclose my right and responsibility to my clients, to raise all appropriate defenses, wherever found.

Of course, those who do not want the Hawaiians to have sovereignty are glad to see this all or nothing approach. It means there will be no trouble with Hawaiian nationals who will not fight but just complain about lack of U.S. jurisdiction as they are marched (defiantly) off to jail!

There is also the other extreme side of Federal Recognition. Those are the folks who do not want Hawaiian independence, wants to stay now and forever, a part of the United States. At most, they can go along with a degree of reparation – ala the Native Alaskan Settlement Claims Act, or the Aloha bill with an attached extermination clause! They see Hawaiian rights only to the extent of Indigenous people’s rights to autonomy within a U.S. colonial regime.

An example of this practice was employed against me by Federal Judge Sam King who insisted that I could not practice law in the Federal Court if I refuse to say I was a U.S. citizen. He found me in contempt of court. I challenged that determination and the result is that I continue to be authorized to practice law in all the Federal and State courts in Hawaii, without having to declare U.S. citizenship. There are many other examples of such tactics to erase our identity as Hawaiian nationals. Many of our public schools continue to practice the morning American pledge of allegiance as part of the school day. My daughter, when in the 1st grade at Wai`anae, told her teacher she would not join in because the American government stole the Hawaiian nation from our Queen. The next day, a boy in her class said that if Pua`Ena need not say that pledge, he was not going to say it as well. Within a month, the full class refused to join in that pledge. Our vigilance in protecting our national identity must be a constant alert, regardless of whether Federal Recognition is accorded us by the U.S. government.

Progress has been made. You may recall the State/OHA attempt to call a Native Hawaiian Convention, sometimes called the Na`i Aupuni convention in 2016. Three significant things occurred there. 1 – the State/OHA did not require one be a U.S. citizen in order to be nominated or vote for delegate in that election process. 2 – the U.S. government’s Department of the Interior changed course in its final rule, dropping the requirement that a member of a Federally Recognized Hawaiian nation must be a U.S. citizen! 3 – the members of that congregation agreed that we should continue to strive for our full rights of self-determination as understood in international law! The failures of that gathering were numerous but let us not also observe those positive aspects of that aha. (My full evaluation is scheduled to be published soon.)

Hawaiian Independence and Federal Recognition contain numerous common attributes. We need to see the potential for both pathways to unite our people as we continue to strive to bring about our sovereignty. A nation divided against itself cannot stand.