The wonderful bread-fruit tree was a great tree growing on the eastern bank of the rippling brook Puehuehu. It was a tabu tree, set apart for the high chief from Kou and the chiefs from Honolulu to rest under while on their way to bathe in the celebrated diving-pool Wai-kaha-lulu. That tree became a god, and this is the story of its transformation:

Papa and Wakea were the ancestors of the great scattered sea-going and sea-loving people living in all the islands now known as Polynesia. They had their home in every group of islands where their descendants could find room to multiply.

They came to the island of Oahu, and, according to almost all the legends, were the first residents. The story of the magic bread-fruit tree, however, says that Papa sailed from Kahiki (a far-off land) with her husband Wakea, landing on Oahu and finding a home in the mountain upland near the precipice Kilohana. 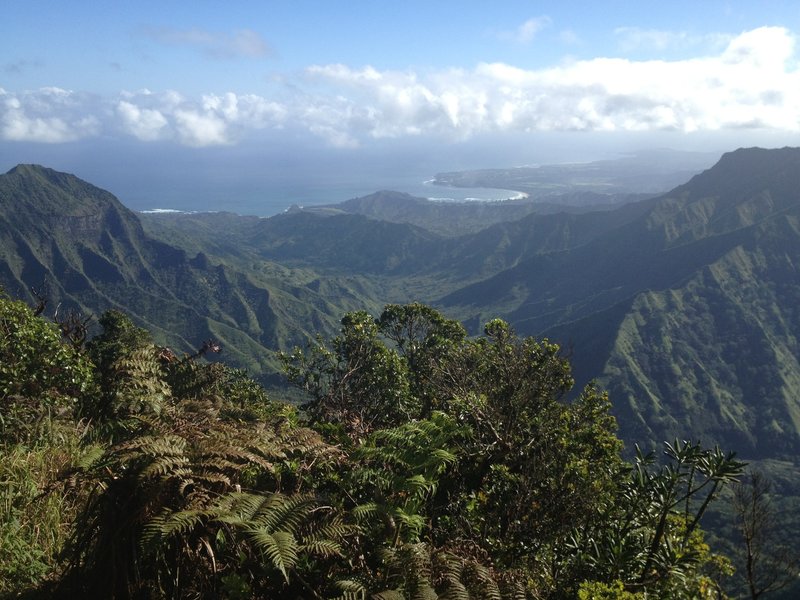 Papa was a kupua—a woman having many [29]wonderful and miraculous powers. She had also several names. Sometimes she was called Haumea, but at last she left her power and a new name, Ka-meha-i-kana, in the magic bread-fruit tree.

Papa was a beautiful woman, whose skin shone like polished dark ivory through the flowers and vines and leaves which were the only clothes she knew. Where she and her husband had settled down they found a fruitful country—with bananas and sugar-cane and taro. They built a house on the mountain ridge and feasted on the abundance of food around them. Here they rested well protected when rains were falling or the hot sun was shining.

Papa day by day looked over the seacoast which stretches away in miles of marvellous beauty below the precipices of the northern mountain range of the island Oahu. Clear, deep pools, well filled with most delicate fish, lay restfully among moss-covered projections of the bordering coral reef. The restless murmur of surf waves beating in and out through the broken lines of the reef called to her, so, catching up some long leaves of the hala-tree, she made a light basket and hurried down to the sea. In a little while she had gathered sea-moss and caught all the crabs she wished to take home.

She turned toward the mountain range and carried her burden to Hoakola, where there was a spring of beautiful clear, cold, fresh water. She laid down her moss and crabs to wash them clean.

She looked up, and on the mountain-side discerned there something strange. She saw her husband in the hands of men who had captured and bound him and were compelling him to walk down the opposite side of the range. Her heart leaped with fear and anguish. She forgot her crabs and moss and ran up the steep way to her home. The moss rooted itself by the spring, but the crabs escaped to the sea.

On the Honolulu side of the mountains were many chiefs and their people, living among whom was Lele-hoo-mao, the ruler, whose fields were often despoiled by Papa and her husband. It was his servants who while searching the country around these fields, had found and captured Wakea. They were forcing him to the temple Pakaka4 to be there offered in sacrifice. They were shouting, “We have found the mischief-maker and have tied him.”

Papa threw around her some of the vines which she had fashioned into a skirt, and ran over the hills to the edge of Nuuanu Valley.

Peering down the valley she saw her husband and his captors, and cautiously she descended. She found a man by the side of the stream Puehuehu, who said to her: “A man has been carried by who is to be baked in an oven this day. The fire is burning in the valley below.”

Papa said, “Give me water to drink.”

Then Papa took a stone and smashed it against the ground. It broke through into a pool of water. She drank and hastened on to the bread-fruit tree at Nini, where she overtook her husband and the men who guarded him. He was alive, his hands bound behind him and his leaf clothing torn from his body. Wailing and crying that she must kiss him, she rushed to him and began pushing and pulling him, whirling him around and around.

Suddenly the great bread-fruit tree opened and she leaped with him through the doorway into the heart of the tree. The opening closed in a moment.

Papa, by her miraculous power, opened the tree on the other side. They passed through and went rapidly up the mountain-side to their home, which was near the head of Kalihi Valley.

As they ran Papa threw off her vine pa-u, or skirt. The vine became the beautiful morning-glory, delicate in blossom and powerful in medicinal qualities. The astonished men had lost their captive. According to the ancient Hawaiian [32]proverb, “Their fence was around the field of nothingness.” They pushed against the tree, but the opening was tightly closed. They ran around under the heavy-leaved branches and found nothing. They believed that the great tree held their captive in its magic power.

Quickly ran the messenger to their high chief, Lele-hoo-mao, to tell him about the trouble at the tabu bread-fruit tree at Nini and that the sacrifice for which the oven was being heated was lost.

The chiefs consulted together and decided to cut down that tree and take the captive out of his hiding-place. They sent tree-cutters with their stone axes.

The leader of the tree-cutters struck the tree with his stone axe. A chip leaped from the tree, struck him, and he fell dead.

Another caught the axe. Again chips flew and the workman fell dead.

Then all the cutters struck and gashed the tree.

Whenever a chip hit any one he died, and the sap of the tree flowed out and was spattered under the blows of the stone axes. Whenever a drop touched a workman or a bystander he fell dead.

The people were filled with fear and cried to their priest for help.

Wohi, the priest, came to the tree, bowed before it, and remained in silent thought a long time. Then he raised his head and said: “It was not a woman who went into that tree. It was Papa from Kahiki. She is a goddess and has a multitude of bodies. If we treat her well we shall not be destroyed.”

Wohi commanded the people to offer sacrifices at the foot of the tree. This was done with prayers and incantations. A black pig, black awa and red fish were offered to Papa. Then Wohi commanded the wood-cutters to rub themselves bountifully with coconut oil and go fearlessly to their work. Chips struck them and the sap of the tree was spattered over them, but they toiled on unhurt until the great tree fell.

Out of this magic bread-fruit tree a great goddess was made. Papa gave to it one of her names, Ka-meha-i-kana, and endowed it with power so that it was noted from Kauai to Hawaii. It became one of the great gods of Oahu, but was taken to Maui, where Kamehameha secured it as his god to aid in establishing his rule over all the islands.

The peculiar divine gift supposed to reside in this image made from the wonderful bread-fruit tree was the ability to aid worshippers in winning land and power from other people and wisely employing the best means of firmly establishing their own government, thus protecting and preserving the kingdom.

Papa dwelt above the Kalihi Valley and looked down over the plains of Honolulu and Ewa covered with well-watered growing plants which gave food or shade to the multiplying people.

It is said that after a time she had a daughter, Kapo, who also had kupua, or magic power. Kapo had many names, such as Kapo-ula-kinau and Laka. She was a high tabu goddess of the ancient Hawaiian hulas, or dances. She had also the power of assuming many bodies at will and could appear in any form from the mo-o, or lizard, to a human being. 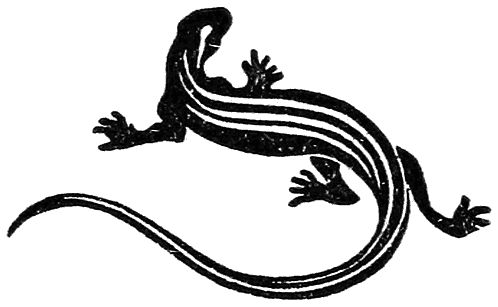 Note: Kapo is the name of a place and of a wonderful stone with a “front like the front of a house and a back like the tail of a fish.” The legends of sixty years ago say that Kapo still [35]stood in that place as one of the guardians of Kalihi Valley.

Kapo was born from the eyes of Haumea, or Papa.

Papa looked away from Kapo and there was born from her head a sharp pali, or precipice, often mist-covered; this was Ka-moho-alii. Then Pele was born. She was the one who had mighty battles with Kamapuaa, the pig-man, who almost destroyed the volcano Kilauea. It was Ka-moho-alii who rubbed sticks and rekindled the volcanic fires for his sister Pele, thus driving Kamapuaa down the sides of Kilauea into the ocean.

These three, according to the Honolulu legends, were the highest-born children of Papa and Wakea.

Down the Kalihi stream below Papa’s home were two stones to which the Hawaiians gave eepa, or gnomelike, power. If any traveller passes these stones on his way up to Papa’s resting-place, that wayfarer stops by these stones, gathers leaves and makes leis, or garlands, and places them on these stones, that there may be no trouble in all that day’s wanderings.

Sometimes mischievous people dip branches from lehua-trees in water and sprinkle the eepa rocks; then woe to the traveller, for piercing [36]rains are supposed to fall. From this comes the proverb belonging to the residents of Kalihi Valley, “Here is the sharp-headed rain of Kalihi” (“Ka ua poo lipilipi o Kalihi”). 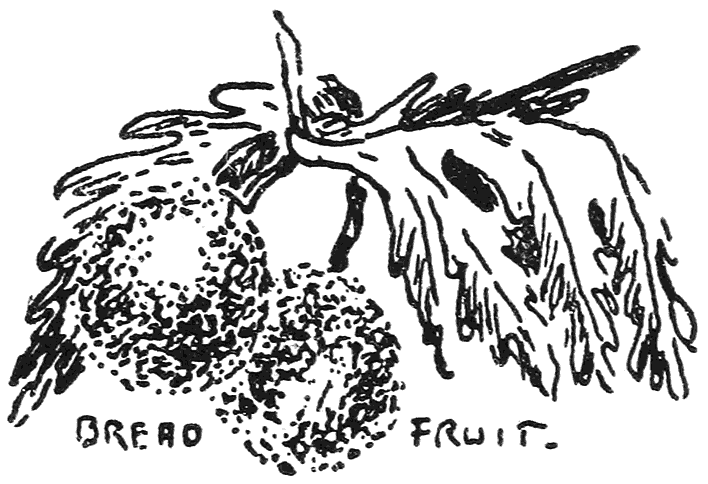