Punchbowl lies back of Honolulu. It is an extinct volcano. Inside the crater rim is a basin whose sides are grass-covered, with groups of trees here and there. The little houses and small gardens of squatters show that there is no longer any fear of subterranean activity. A large part of the city of Honolulu is built on what were once the brown, desolate sides of the volcano sloping down to the sea.

Punchbowl is one of the last attempts of the goddess of fire to retain her hold on the island of Oahu. The great ridge of mountains which forms the backbone of the island is a gigantic remnant of volcanic action, but the craters out of which this vast mass of lava was poured died centuries before the foothill craters threw out the last black sand of Punchbowl or uplifted the coral and the white sea sand and shells of Leahi Diamond Head.

In the indefinite long ago, Kakei was the moi, or high ruling chief, of Oahu. He was enterprising and brave. He not only perfected himself in the use of the spear, the war-club and the sling-stone, but he rallied around him the restless young chiefs of the districts which acknowledged his supremacy. His court was filled with men who gave and received blows, who won and lost in the many games, who were penniless to-day and rich to-morrow, and yet took all that came as a matter of course. Kakei called these younger chiefs together and told them to return to their districts for a time and make preparations for a voyage and a battle. They must see that many new canoes were made and the best of the old ones repaired and repolished. They must select the bravest and best of their retainers and have them well armed and well provisioned. He hinted that it might be a long journey, therefore they had better provide strong mat sails for all the canoes. It might be many days, therefore the provisions should be such as would last. At once the young men with great joy hastened to their homes to obey the will of their chief.

It was impossible to keep the people from talking about the expedition. Excitement predominated. The shrill voices of the women shouted the news from valley to valley. The hum of unwonted industry was heard over all the island. Imagination was keenly intent to discover the point threatened by the proposed excursion. Night after night the people discussed the various enemies of their king, and his prospects for successful battle with them, or they talked of the enlargement of his kingdom by the acquisition of Molokai or the increase of riches by a foray along the coasts of Hawaii. They prophesied great victories and much spoil. Months passed by and all the preparations were complete. A splendid body of warriors were gathered around their high chief. The large flotilla of canoes was launched, the sails set, and the colored pennants placed at the end of each mast. The young chiefs were brilliant in their bright yellow and red war capes and hideous with the war masks which many of them proudly wore as they leaped into their canoes and shouted “Aloha” to the friends whom they were leaving.

As soon as the boats had left the shore the chief turned to the north rather than to the south, as all had been led to believe would be the course. Sails and paddles were both used freely. The winds of the seas and the strong arms of the oarsmen vied with each other in hastening the fleet toward the island of Kauai. Night crept over the waters, but the bright stars were unclouded and the path over the waters was as straight by night as it had been by day.

The morning star was shining and the dawn was painting the clear sky with wonderful tints of pearl when Kakei and his army of warriors, already on the land, raised their war-cry and assaulted the people of the village of Waimea.

Catching war-club and spear the chief of Waimea rushed out of his house, raising his war-cry. His men, half-awake, confused and dazed by the sudden attack, attempted to aid him in resisting the invaders. The battle was short and decisive. In a very little while many people were killed. The thatched houses were set on fire and a great destruction wrought.

Kakei had ordered his warriors to seize the canoes and the women and children and whatever plunder in calabashes, mats, kapa cloth, stone implements and feather cloaks could be had, and gather all together on the beach.

The captured canoes and their own great fleet were filled and the return safely made to Oahu. Kakei and his warriors sailed around the island to Honolulu Harbor. There the beach was covered with the new riches and the captive women and children. The king ordered a great feast to be prepared on the slopes of Punchbowl. Fish in abundance were caught, pigs and chickens were slaughtered, many ovens with red-hot stones were made ready, and huge calabashes of awa prepared.

Kakei and his victorious warriors gathered around the poi-bowl, while the hula-girls danced most joyously before them.

Suddenly the earth shook under them, the poi-bowls rocked as if tossed on the waters of the sea, the feast which had been spread before them moved from place to place as if made of things of life. The rocky cliffs of Punchbowl began to separate and come crashing down the hillside in great masses. The people fled in every direction, leaving a part of their number crushed under the falling stones.

Then came another mighty earthquake. The side of Punchbowl opened and a flood of lava poured out, mixed with clouds of steam and foul gases. Down over the place where the feast was spread on the luau mats poured the fire. The feast became the food of the fire-goddess. Then a wonderful thing appeared above the flowing lava, in the midst of the clouds hovering over the crater. A number of the aumakua of Kauai were seen in a solemn and stately dance. Back and forth they moved to the rhythm of steady peals of erupting gases. The clouds swayed to and fro, while the ghosts moved back and forth among them. The spirits of the ancestors had come to protect the women and children of the households whose friendly deities they were. It was the ceremonial, sacred dance of the spirits, to be followed by swift punishment of those who had brought such great injury to Kauai.

But while the ghosts continued their awful dance, the terrified king and his warriors hastily prepared a propitiation. The captured women and children were called to the beach. All the plunder brought from Waimea was hastily collected and placed in the hands of the captives. The kahunas, the priests of the king, were sent to the slope above Punchbowl Hill to cry out to the aumakuas that all the reparation possible would be made at once.

The warriors placed the captives and their goods in canoes, and started back to Kauai. As the canoes passed out of sight the earthquakes ceased. No longer was there the thunder of imprisoned gases leaping to liberty. The fires died away, and the flood of lava cooled. The aumakuas had accepted the offered repentance of the king and his warriors.

It is said that the fire never again returned to that crater or to the island of Oahu.

Note: Curious and weird tales are told concerning these two small, picturesque volcanoes of the city which in tropical luxuriance is one of the most beautiful spots in the Pacific Ocean. Near the foot of Diamond Head, and not far from the caves which burrow its sides, was the heiau (temple) which was one of the last to be glutted with human sacrifices. Its altars were oaded with bodies of dead men when Kamehameha brought his warriors from Hawaii and Maui and with much bloodshed conquered Oahu and unified the Islands under one government. On the brow of Diamond Head, fronting the sea, are the remains of a small fish-god temple within the walls of which the less cruel offerings were made to Kuula to gain his favor in securing food from the sea. Battles were fought and noted deeds of daring done both east and west of this prominent crater.

The summit of Punchbowl is crowned with a bold, frowning pile of perpendicular rocks. On the top of this pile peculiar human sacrifices are said to have been offered from time to time.

The natives whisper a story that one of the last kings of the Kamehameha family, in a drunken fit, so seriously injured his son that ultimately death resulted. The crazed father planned an expiation. The word was quietly passed that no one was to move far away from his home that night. There was an air of mystery around the city. What happened was never accurately known, but a fire burned on the high rock, and the smoke fell around it that night. It was hinted that a drunken sailor might easily have disappeared while staggering through the dark shadows, and be but little missed.

But back in the olden time there was laid the foundation for a legend which in these later days becomes a good folk-lore tale. Many of the Hawaiians of to-day believe in the continual presence of the aumakuas, the spirits of the dead. In time past the aumakuas were a powerful reality. An ancestor, a father or a grandfather, a makua, died. Sometimes he went to Po, the under-world, or to Milu, the shadow-land, or to Lani, the Hawaiian heaven, and sometimes he remained to be a torment or a blessing to his past friends.

In Samoa, Turner says that the aumakuas were supposed to come back from the under-world and enter into the bodies of those they wished to trouble. They might find a home in the stomach or heart or bowels, but wherever they found an abiding-place the spirit produced disease and death. If a man was dying, his neighbors desired to be on good terms with him and did all they could to make him comfortable.

This is very much like the power of praying to death among the Hawaiians. The spirit of some dead person was supposed to be the real destructive agent in putting to death the one prayed against. The aumakua (the ancestor spirit) was more powerful than any living human force.

In Tahiti the oro-matuas (aumakuas) were very malignant, cruel and relentless in punishing those who incurred their displeasure. In all the different groups of islands, however, the ghosts were supposed to belong to particular families and to exert their mysterious power in caring for these households. Many Hawaiian families have stories which are still firmly believed, of special favors granted to individuals in time of danger. A school-boy in Hilo told the writer how his grandfather was saved when his canoe upset, and how he was safely brought to the land by the shark into which the family aumakua had entered. The story is told of a man captured in battle, tied up in green ti leaves ready to be put into the pit full of red-hot stones, and then set free by the owl in which the protector of his family was dwelling. “People sometimes gave the bodies of their relatives to sharks in order that their spirits might enter into the sharks, or threw them into the crater of Kilauea, that the spirits might join the company of volcanic deities and afterward befriend the family.” 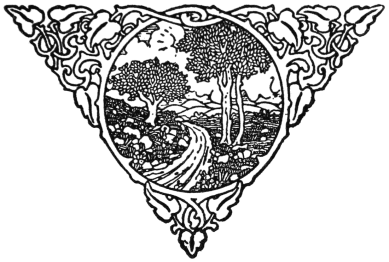