Ku, the dog-man, decided to come down from the clouds and visit mankind, so he assumed the form of a little dog and went around almost unnoticed.

Ku saw a group of three rainbows moving from place to place or resting for a long time above the home of a high chief. Sometimes the rainbows went up to the forests of ohia and kukui-trees on the mountain-side. Sometimes they rested over the deep pools made by the waterfalls of the swiftly descending mountain streams. Most frequently the beautiful colors were arched over a small grove of trees around a bathing-pool protected on two sides by steep ledges of rock over which diverging streams poured their cool waters which rose from the shadows and rippled away through the little valley toward the sea. On the remaining side of this sequestered nook was a sunny beach of black sand, back of which the trees opened their promise of refreshing shade.

Here Na-pihe-nui, the daughter of the high chief, came daily with her company of maidens to bathe and sport in the water and then let the afternoon hours pass in rest and pleasant conversation.

One day while diving into the pool from a shelf on the rocky ledge one of the girls saw something moving on the shore. She called to her companions and with them hastened to the place where their clothes had been thrown down. Here they found a little white dog lying on the kapa mantle of the princess.

For a time they played with the little stranger and were very much delighted with his unusual intelligence. He gambolled around them in great delight, obeying the call of one after the other, but showing very marked preference for the princess. When the maidens returned home they took the little dog with them and cared for him.

The high chief, Polihale, was interested in the peculiar powers possessed by this strange dog. Perhaps he thought that it was under the control of some spirit. His suspicions were in some way aroused and the dog was watched. Soon the chief learned that this was a man of marvellous ability, who could appear as a dog or a man at his own pleasure. Then the chief called his retainers and ordered them to kill this dog. They gathered stones and clubs and tried to surround it, but it dashed into the woods and made its escape. It was the great dog Ku, who had seen the three rainbows and followed them to the bathing-pool and then, having seen the princess, had determined to find an opportunity to carry her away as his wife. This premature discovery drove him away before he could accomplish his purpose.

Then Ku changed himself into a man of fine appearance and came boldly to the high chief’s home demanding the princess in marriage, but the chief, warned by the omens as studied by his soothsayers, refused.

Ku was in great anger and threatened to kill the chief’s people, and to destroy the protectors of the princess, but the high chief drove him away.

A dream came to the high chief, in which he saw the strange man coming as a great dog. The next morning as he looked toward the mountains he saw this same large dog stretching itself out of a cave on the mountain-side; so he knew that this dog with magical powers would be a very difficult enemy to overcome.

The chief soon learned that Ku was catching his people one by one and devouring them and decided to take final issue with his enemy.

Selecting a cave he hid all the women of his family in it, placing the princess in their care. They took provisions with them and prepared for a long siege. Water could be found in the cave itself. Stones were placed before the opening so that the enemy would find it hard to enter.

Then the high chief and his followers waged war against Ku, the dog-man, but Ku was very strong and overthrew his pursuers when they closed in around him. Many times he killed some of the chief’s people and carried their bodies away to feast upon them. He was also very swift in his motion, rapidly passing from place to place. Sometimes he fell like a flash of lightning upon a group of his foes and then in an incredibly short time he would make an attack in a far distant place.

The high chief became desperate and offered sacrifices to his gods and secured charms from his priests. Incantations and prayers were prepared against Ku.

At last a terrific battle was fought and Ku was overpowered and beaten to the ground. Still he fought fiercely, but the hard wooden spears pierced him and the heavy clubs broke his bones, until he lay a crushed and bleeding mass at the feet of his conquerors. Then they cut his body in two pieces, throwing one piece to one side and the other to a place some distance away. Then the power of the priests was invoked and the two parts of the body of Ku-ilio-loa became two great stones which have been objects of veneration among the Hawaiians for many years.

Ku stretches his form along the mountains and sometimes reveals himself as the great dog among the myriad shapes which the changing clouds are ever assuming. Sometimes he is seen in the clouds of Oahu, and then again his form is in the skies of other islands.

Note: The Hawaiian legends frequently unite animal and human forms and characteristics in one individual, like the centaurs of Roman mythology. In some cases the man always carries with him a part of the animal shape. The legends of shark-men place the shark mouth between the shoulders of the man, and he is compelled to always wear a cloak to conceal his deformity.

Usually, however, the legends give to the human being the power to change at will into the peculiar animal form with which he has affinity without carrying with him any marks of his previous shape. In the Pele legends a chief appears as a beautiful bird and later as a handsome man, and marries the chiefess. When the hog-man Kamapuaa, however, courts Pele he is compelled to hide his pig-like deformities under a covering of kapa cloth.

The legend of the great dog Ku is somewhat reversed from the usual order. Ku, the dog, was given the power to change himself into a man ]and return into his animal form whenever he wished.

The legend is unique in that it unites a beautiful nature-myth with a history-myth of ferocious cannibalism.

Ku-ilio-loa is a magic dog who could be large or small at will. He roamed over the mountains and could be seen at night stretching himself from one peak to another or from the mountain height above his home in a cave below. This is evidently a nature-myth. The clouds on the mountains are ever multiform. Sometimes the dim mist in the moonlight rears its dog-shaped head over the sloping hills and stretches its shadowy length up to the faintly outlined peaks above; and sometimes the small cloud, like a dog at rest, lies quietly in the skies above the mountain forest. It was a beautiful outgrowth of Hawaiian imagination.

The same nature-myth has been applied to the cloud forms of lower Manoa Valley, a suburb of Honolulu. This cloud-myth was known as the story of Poki, the wonder-dog. He was often seen at night especially by those who had stood on the sacred bell rock of Kamoiliili. This rock rang with a sweet, strong tone when struck sharply. It had the power of giving clear vision to the one who stood on it and absorbed its mysterious qualities. The visitor must stand on the rock and utter his wish to see Poki. Then would his eyes be opened and the wonder-dog of the mountains of Oahu would reveal himself stretched along the mountains and silvered by the moonlight. Some of the later Hawaiians say that this wonder-dog of Oahu is the spirit of the chief Boki, who with his wife Liliha owned the lower part of the valley of Manoa. Boki in the early days of missionary labor in the Hawaiian Islands became desirous of seeing the world and adding to his riches; therefore he fitted out two ships for foreign trade and sailed away. The ship in which Chief Boki sailed was never heard from. Hence arose the saying, “We will do this or that when Boki comes back.”

But some of the people changed the thought of the old legend and claimed that his spirit returned and now reveals himself as the dog watching over his loved valley. Magic powers were given to Poki—so that he could stretch himself along the mountains, his hind feet on the mountain ridge and his head in the valley below. He could also extend himself to Nuuanu Valley and sometimes spread his body over all the island. Probably the only real connection of Chief Boki with the wonder-dog Poki is the similarity of names. But the chief has been almost forgotten. Even the wonder-dog is known only by the story-tellers, while the night clouds, sometimes darkened by falling rain, sometimes enriched by the halo of lunar rainbows, and sometimes glorified by the silver moonlight, continue to stretch from peak to peak along the mountains and watch over all the various forms of life in the valleys below.

Ku-ilio-loa, the great dog Ku, was destined to have another series of legends grow up about his memory besides those suggested by the adoring imaginations of nature lovers.

It is difficult to analyze the influences which brought the beautiful nature-myth down to the degradation of the sensuous life of a brute. Perhaps the simplest thought is the best, and the problem is solved by supposing that a chief by the name of Ku became imbued with cannibalistic desires and when driven away from his fellow-men made his home among the almost inaccessible peaks where cloud-myth and cannibal-legend could very easily be interwoven with each other as the memory of his horrible cannibal life became dimly connected with the mysterious cloud-forms among which he died. 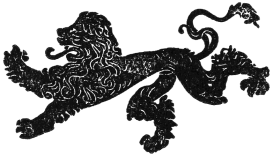 Bellstones can be found on almost every Hawaiian Island. They are usually massive boulders placed in strategic locations to serve as a communication tool during ancient times. When struck in a particular spot, bellstones will resonate a sound which could be heard for great distances. Bellstones were used in ancient Hawaii to signal an important event such as a royal birth or to warn against danger.

One of the most popular bellstones in Hawaii is the pillar rock formation located in Kauai County, near the breathtaking ‚Opaeka’a Falls. When rung, the Kauai Bellstone would resonate over a large area of Wailua Valley. This bellstone is located down the hill from two other prominent boulders. These rocks were precisely placed and used to calibrate the Hawaiian calendars to the summer and winter solstices.

Another rock or a stick can be used to strike the stone and produce sound. You may need to try several areas on the stone to find the right spot. It is prohibited to move or deface any of these stones because of their historical and cultural value.

To get to Kauai’s bellstone, take Highway 56 south from Kapa’a toward Wailua. Turn right on Highway 580 (Kuamo’o Road). Just after Mile Marker #1 is a dirt road heading back toward the ocean. Follow this road to the end where these two boulders area located. The bellstone is about 100 feet past the guardrail.

There is also a popular bellstone in West Maui. The large volcanic rock sits on the right side of Highway 340 before Mile Marker #16.