The British and French governments formally recognized the Hawaiian Kingdom’s independence in a joint declaration signed by Lord Aberdeen and the Comte de Saint-Aulare, representatives of Queen Victoria and King Louis-Phillippe. A transcription of the English declaration is provided below. 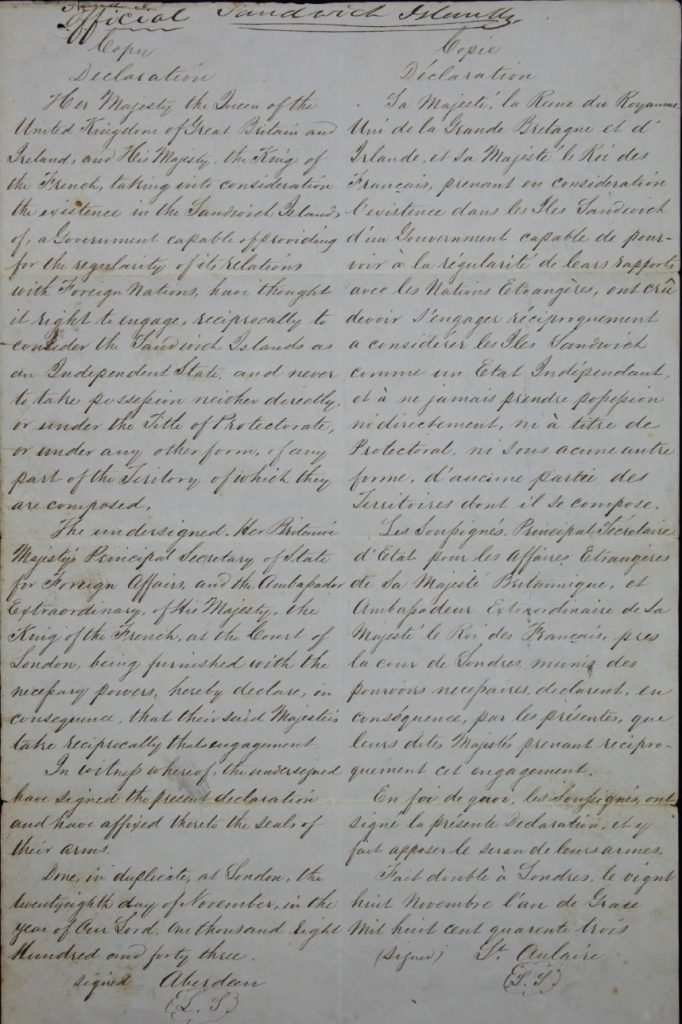 Her Majesty the Queen of the United Kingdom of Great Britain and Ireland, and His Majesty, the King of the French, taking into consideration the existence in the Sandwich Islands of a Government capable of providing for the regularity of its relations with Foreign Nations, have thought it right to engage, reciprocally to consider the Sandwich Islands as an Independent State, and never to take possession neither directly or under the Title of Protectorate, or under any other form, of any part of the Teritory [sic] of which they are composed.

The undersigned, Her Britannic Majesty’s Principal Secretary of State for Foreign Affairs, and the Ambassador Extraordinary, of His Majesty, the King of the French, at the Court of London, being furnished with the necessary powers, hereby declare, in consequence, that their said Majesties take reciprocally that engagement.

In witness whereof, the undersigned have signed the present declaration and have affixed thereto the Seals of their Arms.

Done in duplicate, at London, the twentyeighth day of November, in the year of Our Lord, one thousand eight hundred and forty three.

Below are excerpts from the 1839 treaty between the Kingdom of Hawaiʻi and France.
A transcription of the Hawaiian language follows. 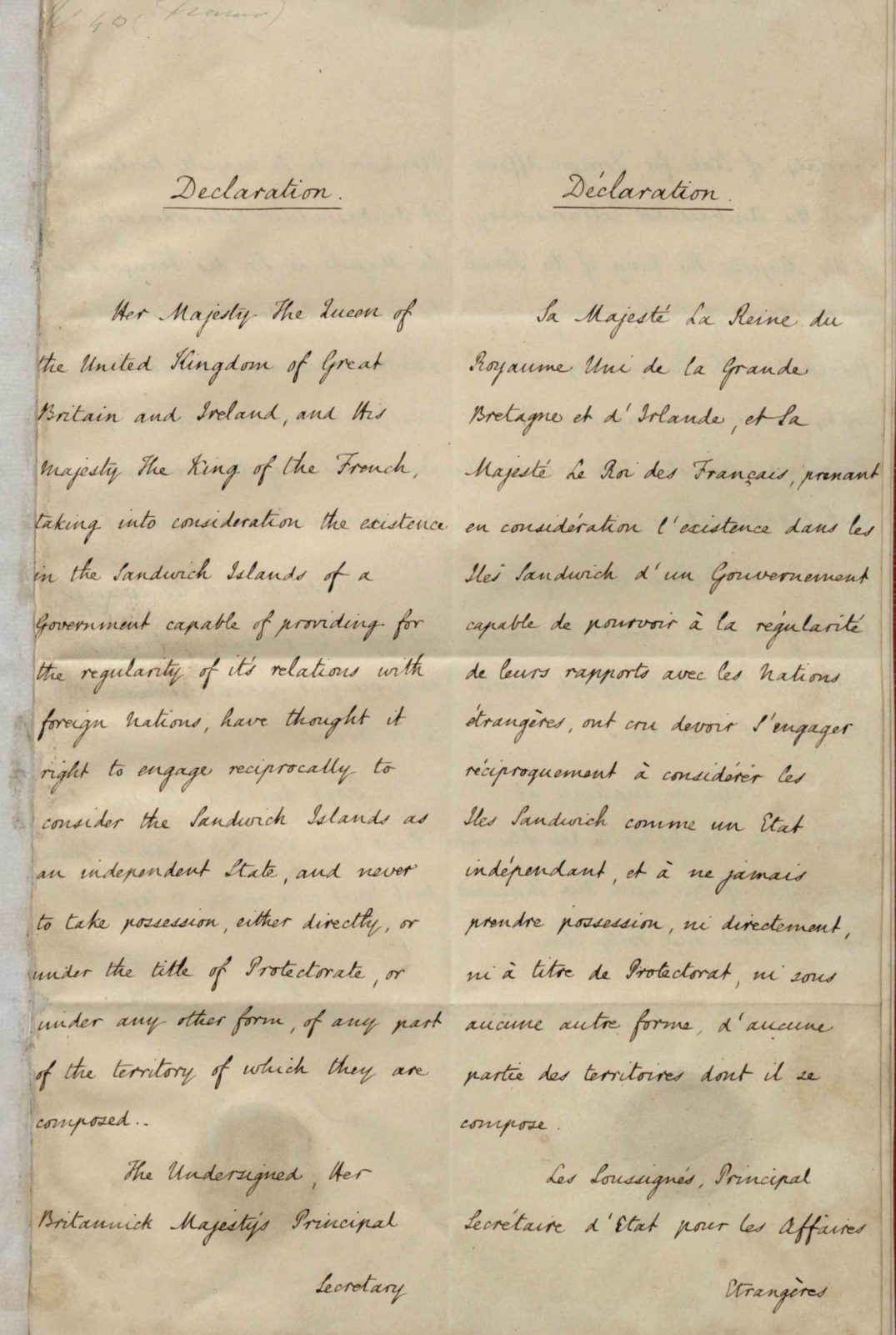 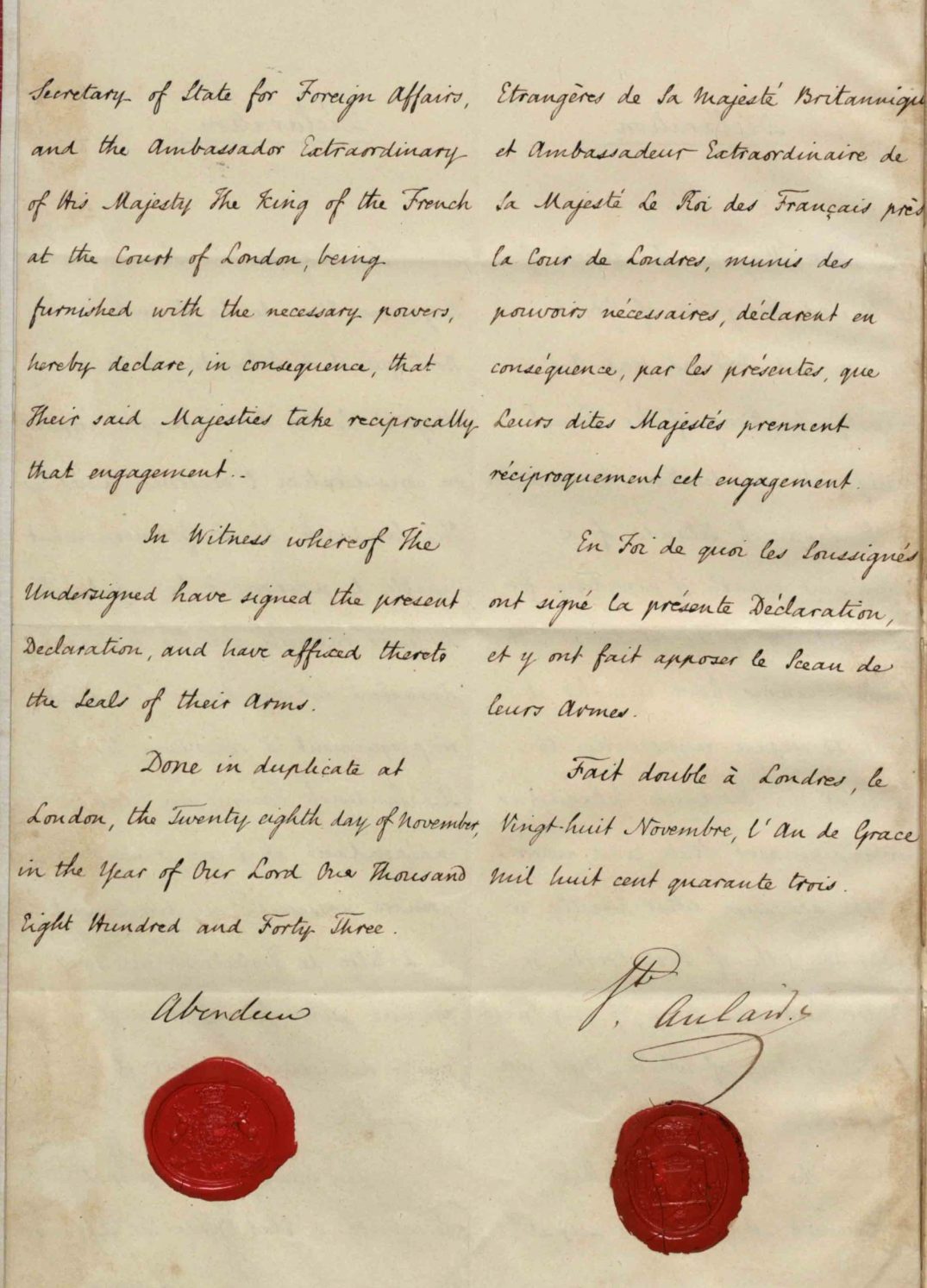