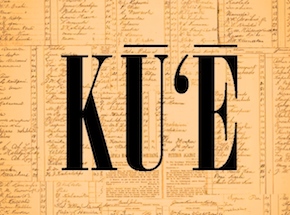 Keeping in touch and updated on activities regarding the restoration of Ke Aupuni o Hawaii, the Hawaiian Kingdom.

One thing that’s been on my mind for some time is: what if the countries start asking for proof that the Hawaiian people really want independence? What are we going to say? So far, the diplomats and international groups to which I’ve been speaking have seen the outward appearances of the protests, rallies, articles, academic papers, websites, etc. …But what is the tangible proof that shows the political will of the people? Although they know that nation-building can be very involved and often messy, still it would be reassuring if there was some kind of consensus… better yet, a unified front.

West Papua struggled for years with different factions vying for attention from the international community. It was confusing. Finally, Vanuatu sat the competing leaders down and said, we can’t help you unless you form a coherent body… to work together to get over the first major hurdle. Thus, the United Liberation Movement for West Papua was born. Vanuatu threw their support behind the ULMWP and got the Melanesian Spearhead Group to grant them observer status. Then Vanuatu gave the ULMWP some land and a building in Port Vila from which to operate… instructed their missions in New York and Geneva to give WP exposure, etc.

I believe we have a solution to satisfy the immediate proof of consensus, and one that will lead to unifying the movement as well.

I brought this up this concern in a meeting I had last week with a friend. How do we show there is significant support for Hawaii as an independent nation when we are so factionalized? He thought about it for a moment and said, “We need a memorial.” A document that simply says we stand for independence, something which everyone in the movement can subscribe, regardless of group affiliations or pre-conceived agendas. The precedent is the memorial that accompanied the Ku’e Petition to Washington, D.C. on 1897. This way, when asked about the political will of the Hawaiian people, we can say, here it is, a simple, no-frills memorial with the signatures of all the leaders and thousands, upon thousands of Hawaiians.

The beauty of this memorial is that it will unify us in purpose; get us standing and working for the same outcome of independence. It will be a foundational mission statement for us to use to build the nation… We are working on plans to make this happen.

To better understand what we are doing in Foreign Affairs, go to:

The Campaign to Free Hawaiʻi is funded by people like YOU…

We cannot do this crucial work without your help… your kokua.

It takes funding to make these important accomplishments happen and we deeply appreciate all financial contributions, large or small.

Any amount you contribute will make a huge impact on our ability to continue this work (and can be tax-deductible if needed).

We have much to accomplish in 2019 and your contributions toward that are very important and needed.

Your KŌKUA is greatly appreciated!

To contribute, go to https://GoFundMe.com/FreeHawaii